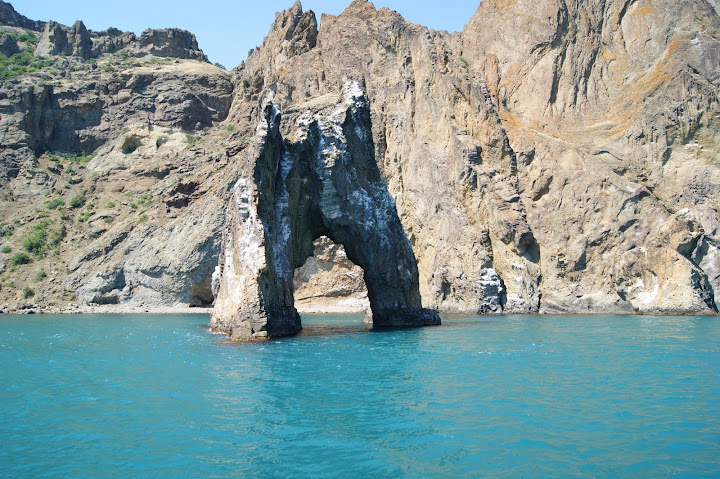 Karadag Reserve lies between the two cities known as Feodosia and Sudak, which are situated on a piece of the Crimean peninsula on the south-east coast. Karadag is a historical geology . It’s a solitary rocky shoreline massif of the Jurassic period created about 150 – 160 million years old . Not forgetting the variety of delicate flora and fauna arrayed in this little reserve.. Inside the reserve you’ll find a severe and unique splendor through elevations of 577 meters above the Black sea level . There are plenty of mystical minerals { agate, amethyst, jasper, opal and others } in Karadag . Karadag is a netural museum of Crimea . In this exceptional ecosystem also you’ll find more than 1.700 plants as a pistachio tree, fir forests, hombeam, ash, downy oak and broad-leaved forest, grass meadows, mixed herbs and crimean medicinal plants like Rosa canina . Today the reserve covers not only this beautiful and varied landscape but also 809 hectares of the Black Sea which is included in the total 2874.2 hectares of the Karadag Natural . Golden Gate in Karadag is the most beautiful place of Karadag . 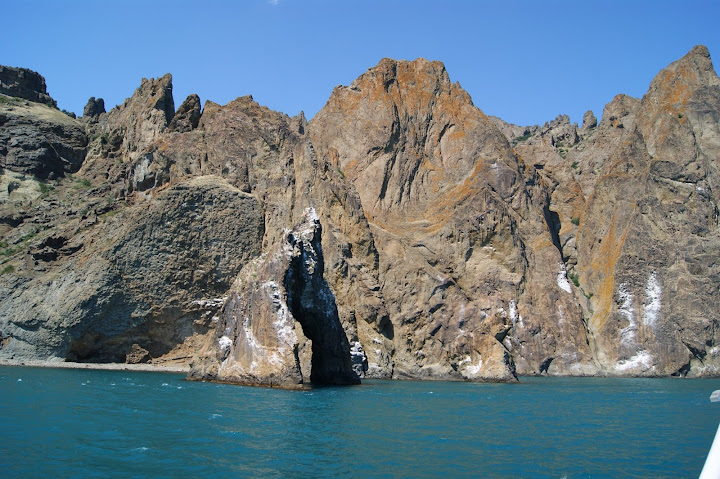 Feodosiya is 100 kilometres east of Simferopol. Here you can find everything, curative muds, mineral waters, gentle seas, and golden sand. It has a dry and hot climate, and boasts many very experienced doctors. Here they treat diseases of the gastrointestinal tract, the nervous system, blood circulation, and chronic illnesses of kidneys, bile tracts, and pancreatic diabetes.
In the city, the towers of the Genoa Fortress and medieval temples still remain. There is also the excellent marine landscapes within the Aivazovski Gallery, and a museum to the writer Alexander Grin, which attract tourists, artists and simple romantics.
Feodosiya is one of the oldest cities in Europe. It dates back over 2600 years when the Pontic King Mitridates VI built his fleet here to help in his war against the Roman Empire.
A notorious figure from the Middle Ages is the Golden Horde’s Khan Janibeck. In 1347, whilst besieging the city, he used catapults to throw into the city the corpses of his own warriors who had died from the plague. The Genoese fled to Europe and there they started an epidemic that took the lives of some 75 million people, about a quarter of the European population at that time.
The city was also one of the centres of the Great Silk Path.
At the city’s market the legendary Ukrainian Beauty Roksolana was sold. She became the Turkish Sultan’s wife and afterwards one of the most influential women in world history.
The local tobacco manufacturer Stamboli could be termed a hero of capitalism. His magnificent villa stands as proof that not only did he have great wealth, but had excellent taste as well.
The Koktebel settlement is famous for its cultural traditions and is associated with a number of famous historical characters. The must sees in Koktebel includes the gliding museum, and the museum of the poet, artist, and philosopher Maximilian Voloshin. The local wines, as well as cognacs, should be tasted.
Silent soaring above are the paraplanes, gliders and hang-gliders, and they form part of the spirit of this place. The air-gliding museum is on Klementyev’s mountain (Uzun-Syrt).
Unforgettable views can be seen on sea walks, especially to Karadag (“Black mountain”). The names given to some of it rocks are like a fairy tale, for example “the King and Queen astride the Throne”. ”The finger of the Devil” throws a long sharp claw into the sky (many metres in height). However the best known rock is called “Shaitan — Kapu”, or better known as the Golden Gates.
The village Kurortnoe is the closest settlement to Karadag. The reservation administration is situated here. It is possible to make an entertaining and educational walk from here. The delphinarium is nearby, where shows with sea animals are held for tourists. 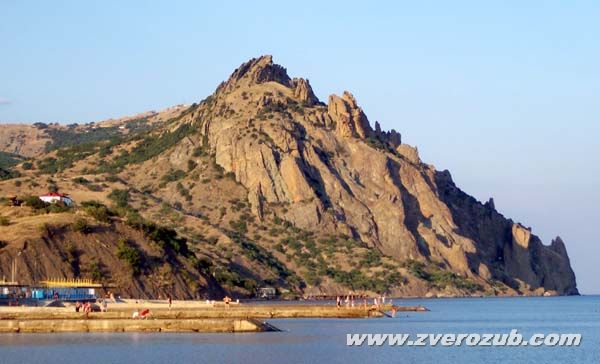 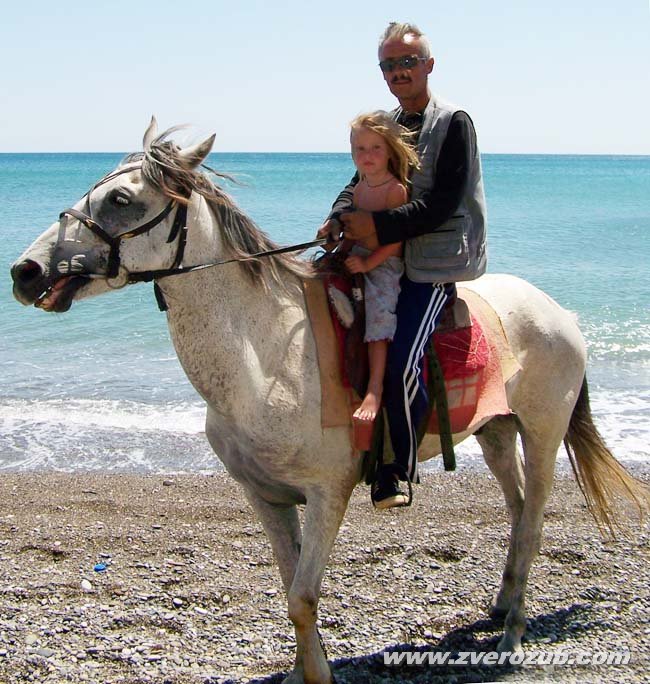 Kara Dag’s main tourist attraction is the Golden Gate. It is a rock standing not far from the shore and cut through by an archway, truly, a gate to Kara Dag. It is made of yellow basalt, and during the day, when the sun shines on it, it glitters like gold, hence its name. You will be able to understand Why the name of this rock is Golden Gate .

Kara Dag is is a beautiful place not only because of its original landscapes, but also Karadag has an unique flora and fauna, and precious stones. This reserve has been created in 1979 on the territory. There are two ways to get there . It is divided into two areas – one open to public, and the other completely off-limits to visitors.

Two tours are available today for those who wish to visit Kara Dag. One of them is on foot and the second is by the sea. On foot, the excursion lasts 4 hours (7 km, or 4.3 mile, long route) and, beside traveling along the main mountain range, it includes visiting the Nature Museum created in the reserve. The sea tour is a one-hour voyage around Kara Dag (7 km, or 4.3 miles), on which you can admire famous rocks and numerous bays, as well as pass through the Golden Gate. .